Greetings! If you've followed the link from the FanX website to arrive here, I'm afraid you've come to my old website. Click here to go to my current website. Here's a sampling of what I'll have at my FanX booth. Happy browsing!

Here's the first few pages from my current story at ChimChum.com. Hop on over to see the rest! 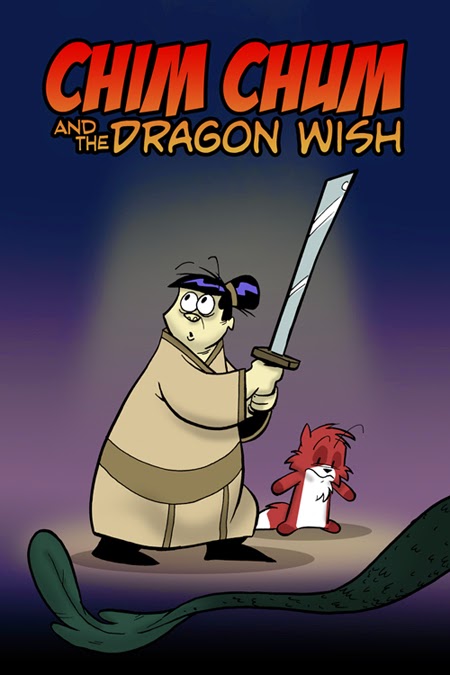 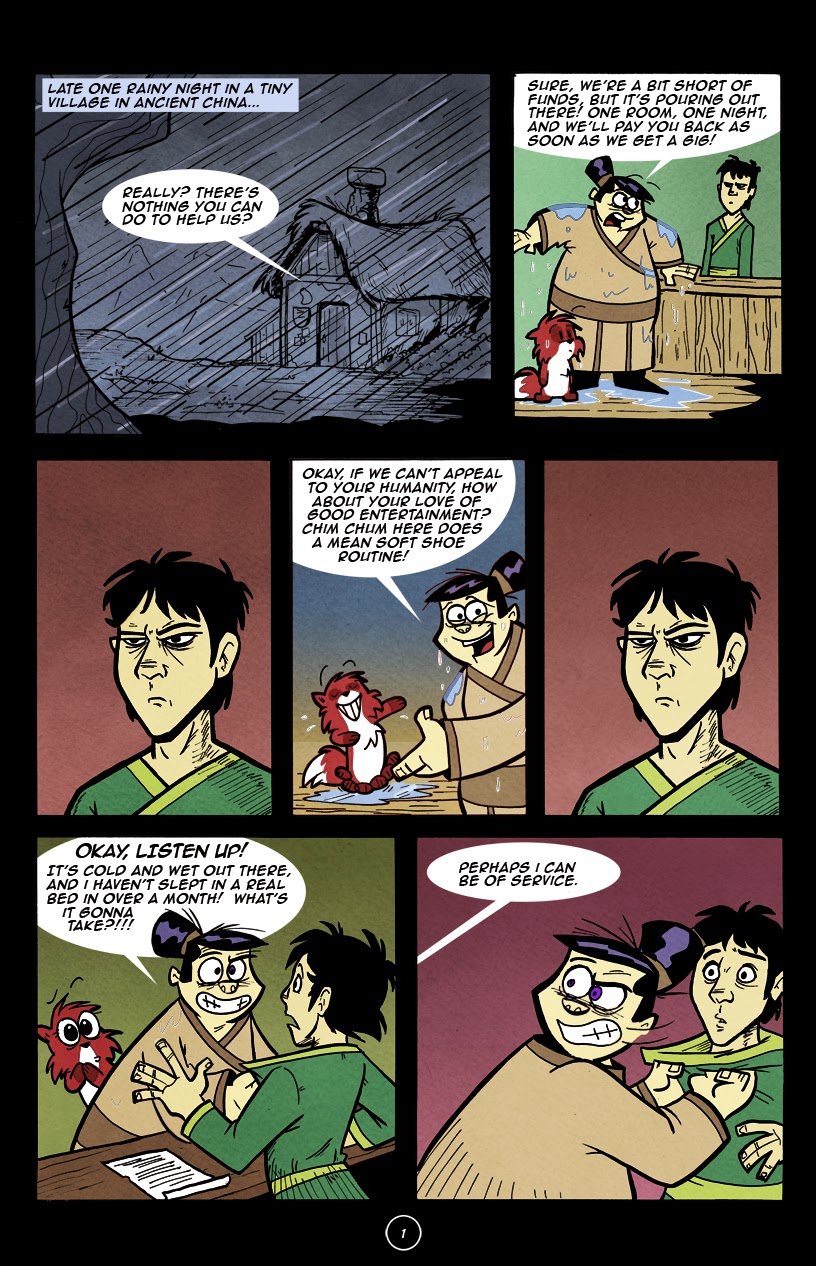 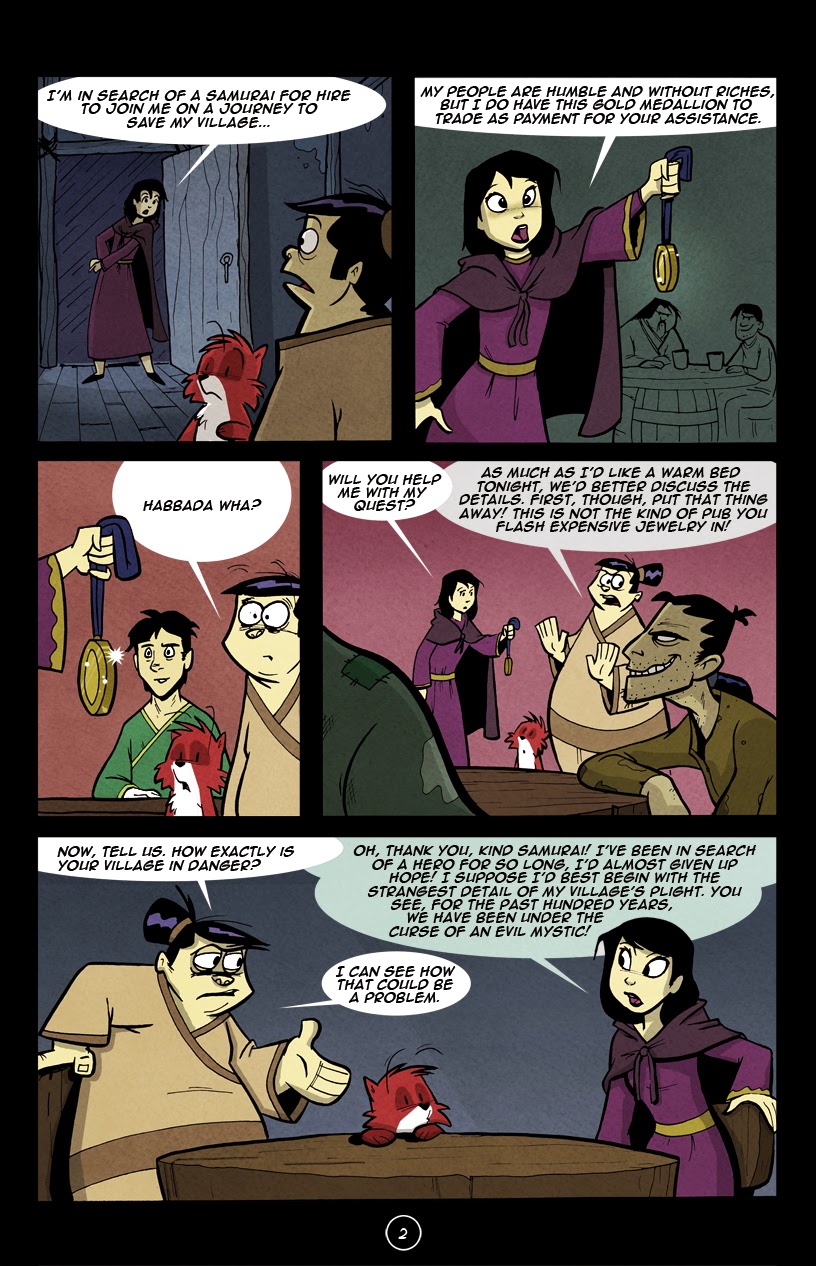 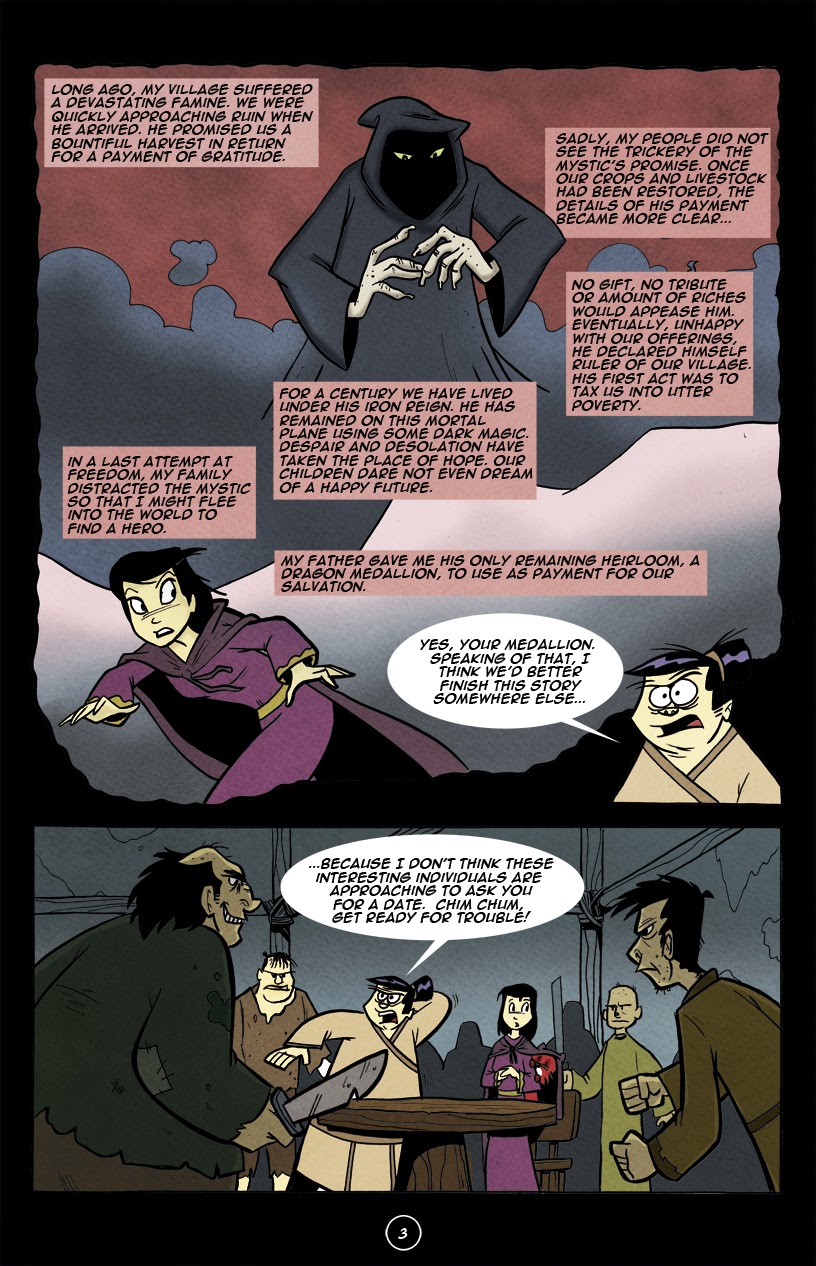 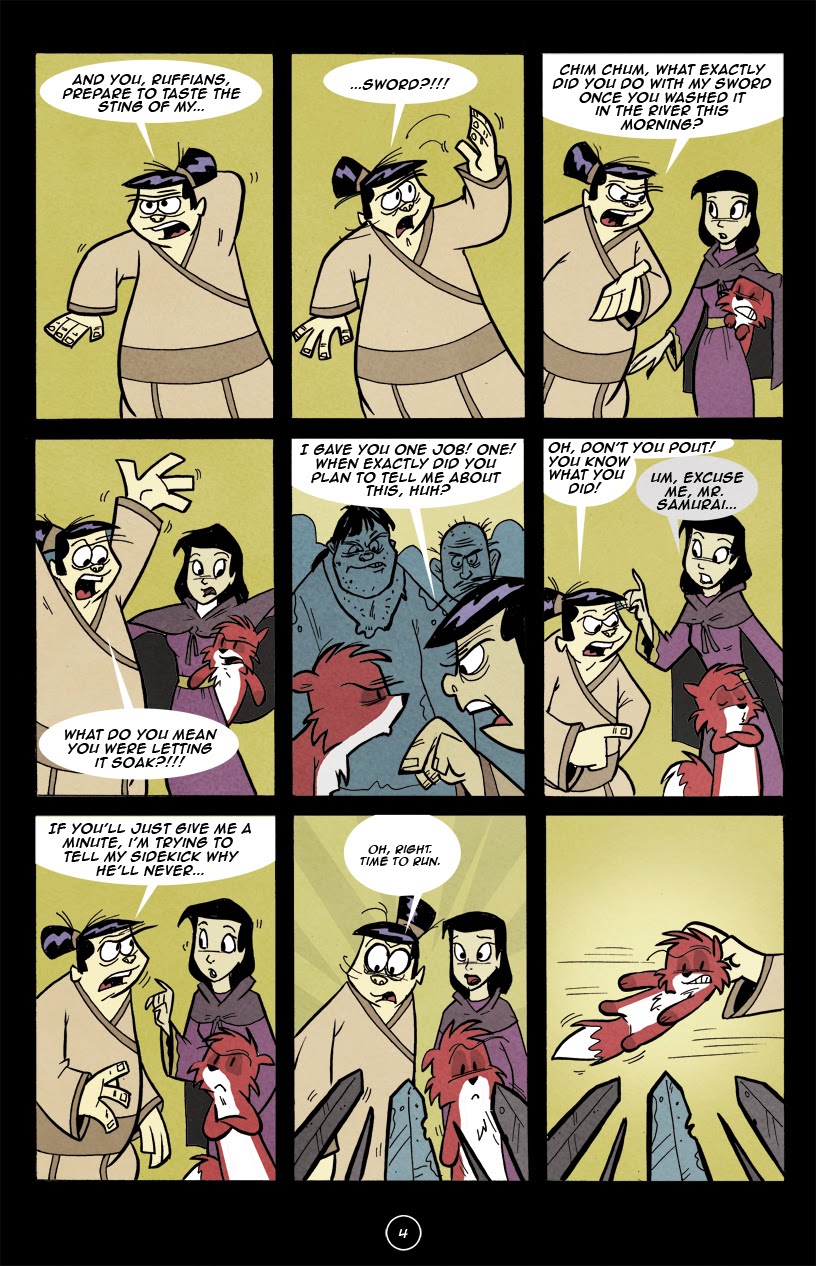 Here's a few gift ideas for the animation fan on your gift list. Click each image to travel directly to amazon.com's listing. Happy shopping!

The Art of Frozen - In Walt Disney Animation Studios upcoming film, Frozen, the fearless optimist Anna sets off on an epic journey—teaming up with rugged mountain man Kristoff—to find her sister Elsa, whose icy powers have trapped the kingdom of Arendelle in eternal winter. Encountering Everest-like conditions, Anna and Kristoff battle the elements in a race to save the kingdom. The Art of Frozen features concept art from the making of the film—including character studies and sculpts, color scripts, storyboards, and more—alongside interviews with the film's artists about the making of this comedy-adventure.

Ni No Kuni: Wrath of the White Witch - All-Star Production - LEVEL-5's mastery of the RPG genre is combined with Studio Ghibli's world-class animation and music composed by the renowned Joe Hisaishi.

Directing for Animation - (From the blurb) Believe it or not, there’s a lot more to directing a great animated film than beautiful illustrations and cool characters. You need to bring out your inner creative visionary and take your savvy leadership skills to the front lines – being great with a pencil, brush, or stylus is not enough. Tony Bancroft released his inner creative visionary when creating Mulan. In Directing for Animation he shows you exactly how.

The Art and Flair of Mary Blair - For more than a dozen years, a soft spoken, unassuming woman dominated design at The Walt Disney Studios with a joyful creativity and exuberant color palette that stamped the look of many classic Disney animated features, including Cinderella andPeter Pan. Favorite theme park attractions, most notably the "It's A Small World" boat ride, originally created for the 1964 New York World's Fair, were also among her designs. Now the story behind one of Walt's favorite artists is celebrated in this delightful volume of whimsical art and insightful commentary. In her prime, Mary Blair was an amazingly prolific American artist who enlivened and influenced the not-so-small worlds of film, print, theme parks, architectural decor, and advertising. Her art represented and communicated pure pleasure to the viewer. Mary Blair's personal flair was at one with the imagery that flowed effortlessly and continually from her brush for more than half a century. Walt Disney loved her art and championed it at the Studio. The two shared many sensibilities, including a childlike fondness for playfulness in imagery.

Poster Art of the Disney Parks - Anyone who has ever walked through the gates at a Disney Park knows that there is a magical experience waiting to be had on the other side. All of the telltale signs are there: the sound of joyful music pipes across the promenade; the smells of popcorn and cookies waft through the air; and the colorful attraction posters depict all the wonderful rides and shows created for Guests by the Imagineers. Poster Art of the Disney Parks is a tribute to those posters, which begin telling the story of each attraction even before Guests have entered the queue area.

Disney Infinity - I worked on this, so I'll spare you the write-up. However, it is REALLY fun and you should check it out. Available for most gaming platforms. (More info on the link.)

Star Wars: The Clone Wars Complete Series - Considered by most to be a marked improvement to the prequel trilogy, the entire series is collected here. (Also available separately.)

Tex Avery's Droopy - The Complete Theatrical Cartoons - Frederick "Tex" Avery directed some of the funniest cartoons ever made, but he relied primarily on situations and moving graphics, rather than on the personalities of familiar characters. Droopy, the phlegmatic basset hound, was one of the few characters Avery used regularly: His low-key presence was the perfect counter to the extreme takes, fast cuts, frenetic action, and general mayhem going on around him. Avery is also noted for "self-reflexive gags:" the characters know they're in a cartoon and often comment on the fact. In "Dumb-Hounded,"a sprinting wolf cuts a corner too sharply, skids past the sprocket holes at the edge of the film, and onto the blank screen. Droopy frequently turns to the camera and comments, "You now what? I'm happy." Some of the later films in the collection, made by animators Dick Lundy and Michael Lah, lack Avery's manic panache. The last cartoons in the collection were designed for the CinemaScope format: Droopy's pudgy form looks lost in those vast frames, and the flattened graphics pioneered by the UPA studio distort his rounded shape. But those are minor caveats. Fans have waited impatiently for Tex Avery's seminal cartoons to be released on DVD in the US, and this collection is a must-have for anyone interested in animation.

Funko POP! Baloo Figure - This one's a bit different than the other suggestions, but I put it on the list because there's a whole slew of these wonderful collectibles for just about every pop culture interest you can imagine. Follow the link to discover them all!
1 comment:

That's right! It's the time of year that I de-lurk from the shadows to post more HALLOWEENIES! Enjoy, and find the rest of 'em here:  http://toonbaboon.blogspot.com/search/label/Halloweenies 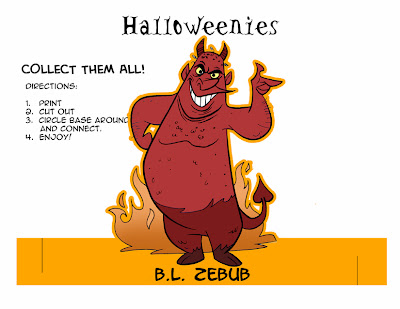 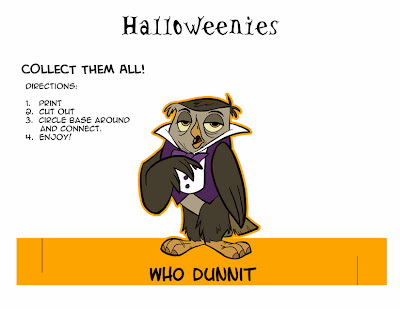 In 2010, I worked on the Toy Story 3 Video Game. Disney had an agreement with Sony to make Zurg a playable character on the PS3 version of the game. Our studio was asked to pitch some ideas for a commercial promoting this to the public, and this is my (ultimately rejected) idea. The idea that was used was cleaner, simpler and more elegant, a must for a fifteen second commercial. However, I really liked the acting and character interaction I was able to inject into these storyboards, so I thought I’d share them here.

Chim Chum and the Portly Samurai

You've probably noticed I don't post here much.   Between working on Disney Infinity and my webcomic, Chim Chum and the Portly Samurai, I haven't had a lot of time to update and draw stuff for fun.  Here's a dump of the most recent Chim Chum comics.  I'm on the cusp of a new direction for the comic, so I thought I'd post these here to catch everyone up! 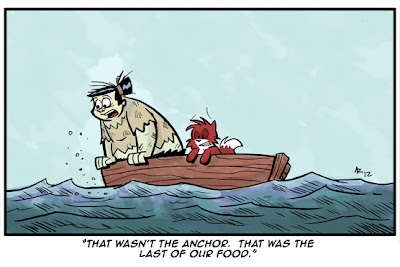 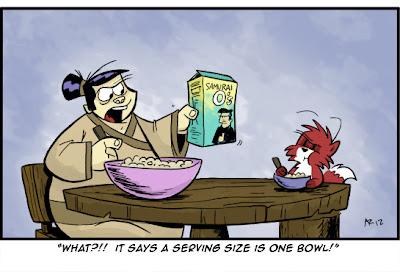 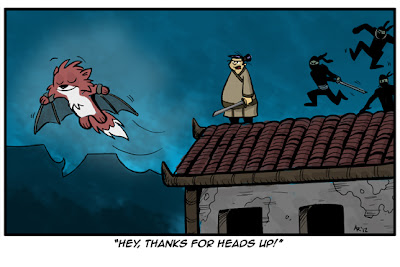 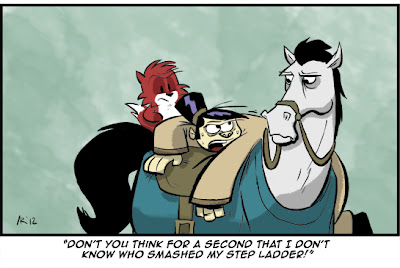 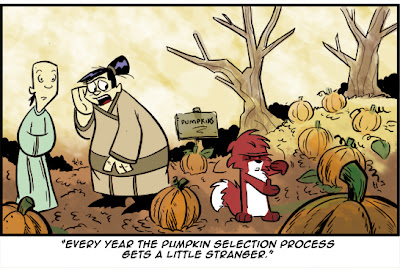 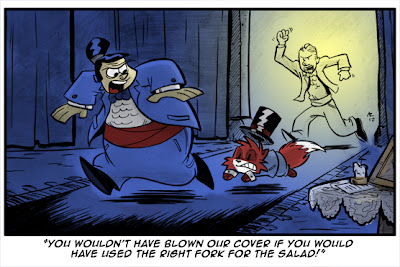 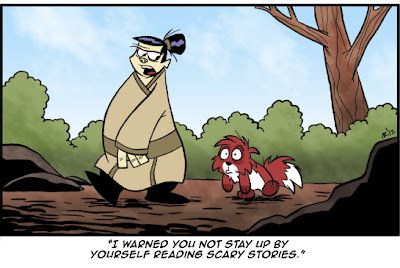 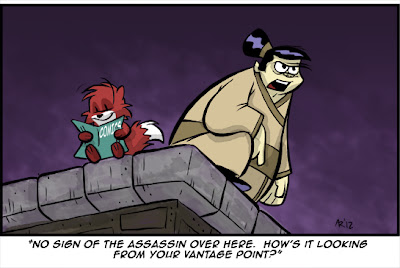 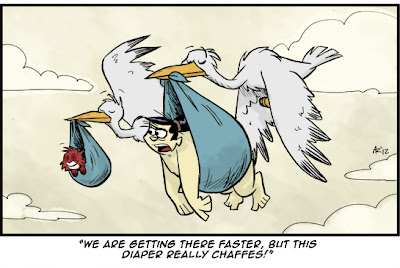 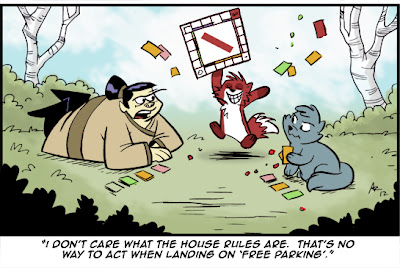 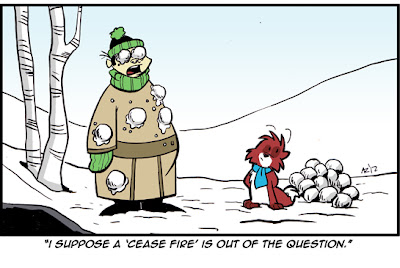 As my wife will tell you, it's extremely difficult to shop for the pop-culture geek in your life.  That is why, my dear readers, I've decided to dust off the ol' recommendations list and give you some great ideas to appease the discerning animation buff in your family.  Hope it helps, and feel free to leave me a comment if you have any additional recommendations.  Clicking any of the images will take you to amazon.com, which helps me provide new content for ChimChum.com.  Here we go:

I have a particular fondness for "Art of" film books.  I think it's a shame that general audiences never get to see the breathtaking artwork that leads up to the creation of an animated film.  There's been a great assortment of these books in 2012.

The Art and Making of Hotel Transylvania
The film was fun, even if it didn't take its story seriously.  Great character designs and some absolutely breathtaking concept art by Marcello Vignali. This book is well executed and might just surprise your giftee.  An unexpected treat.

The Art of Disney/Pixar's Brave
Another feast for the eyes, though probably not unexpected.  Continuing the great tradition of Disney Art books, this one doesn't disappoint.  There's great insight into production here, with a great emphasis on story art.  A great choice for the storyboard artist or fairy tale lover.

The Art of the Rise of the Guardians
A recent release from Dreamworks Animation.  Features some interesting takes on classic fantasy characters.  One of their strongest efforts to date, and the book's representative of this.

The Art of Wreck-It Ralph
Another great archive.  This is THE book to buy if your animation fan is also a video gamer.  Some great artwork with a particular nod to digital culture.

The Art of Madagascar 3:  Europe's Most Wanted
While this is the third film in the franchise, the real star of this book are the character designs for the circus animals.  Arguably the best artwork and design for the entire series to date.  A great idea for your animal lover.

The Art of Monsters, Inc.
Back in print after nearly ten years, this is one of Pixar's greatest achievements and most unique art book.  Previously selling for as much as $200, this is one you'll want to make sure you grab before it disappears again.


Next I'll discuss some DVD, CD, and collectible suggestions.  Happy shopping!
No comments: